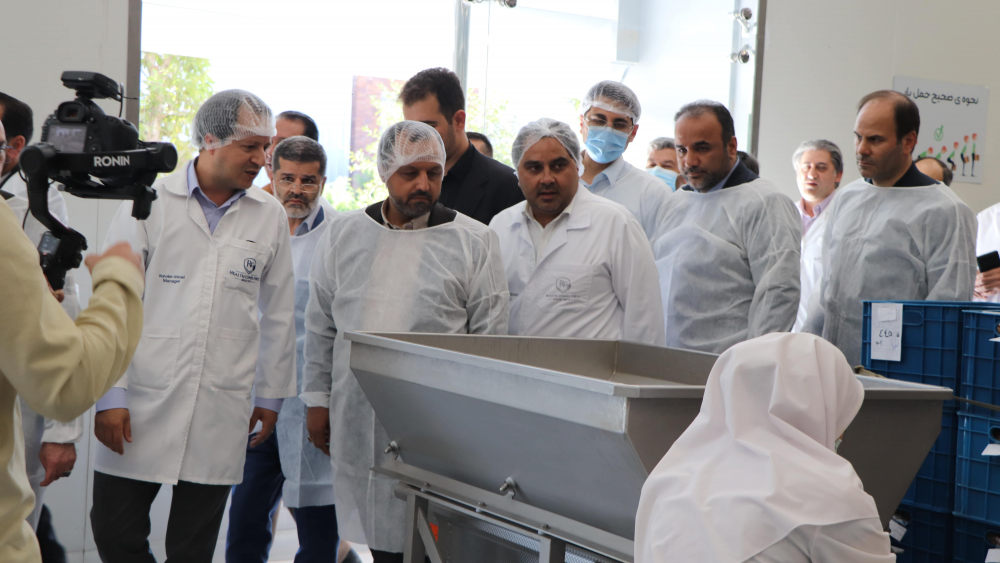 Yesterday, Dr. Ehsan Khandozi, the Minister of Economic Affairs and Finance, along with HojjatulIslam Reza Bagheri Bonabi, the representative of Bonab city in the Islamic Council, visited the Mani food plant.

In this visit, which was conducted to solve the problems and remove production obstacles, a report was presented on the latest status of the measures taken, as well as the upcoming capacities in the field of production and export.

On the sidelines of this visit, the Minister of Economic Affairs and Finance, while expressing his satisfaction with the use of the latest modern and advanced equipment and machinery in Mani's factories, said: I hope that with the efforts of my colleagues in the government and relevant authorities, measures will be taken to use the maximum capacities of this complex, which plays a role in the prosperity of domestic production, we can take advantage of its high potential in terms of exports and act more actively and dynamically in this regard.

In addition to this visit, Khandozi also emphasized the strong role of Mani factories in helping the domestic economy and stated: the important role of the private sector and factories such as the Mani complex in helping economic development, job creation, stable economy, and course income generation for the country is undeniable. All these things are worthy of appreciation.

At the end of this visit, he introduced the support of production plans with economic justification as a priority of the government's economic policies and emphasized the need to complete the production chains in the country.

It is worth mentioning that after this visit, the CEO of Mani Food Products Development Company attended a meeting that was held in the presence of Ehsan Khandozi and a group of elites, economic activists, and industrial owners at the governorate building of Bonab city.